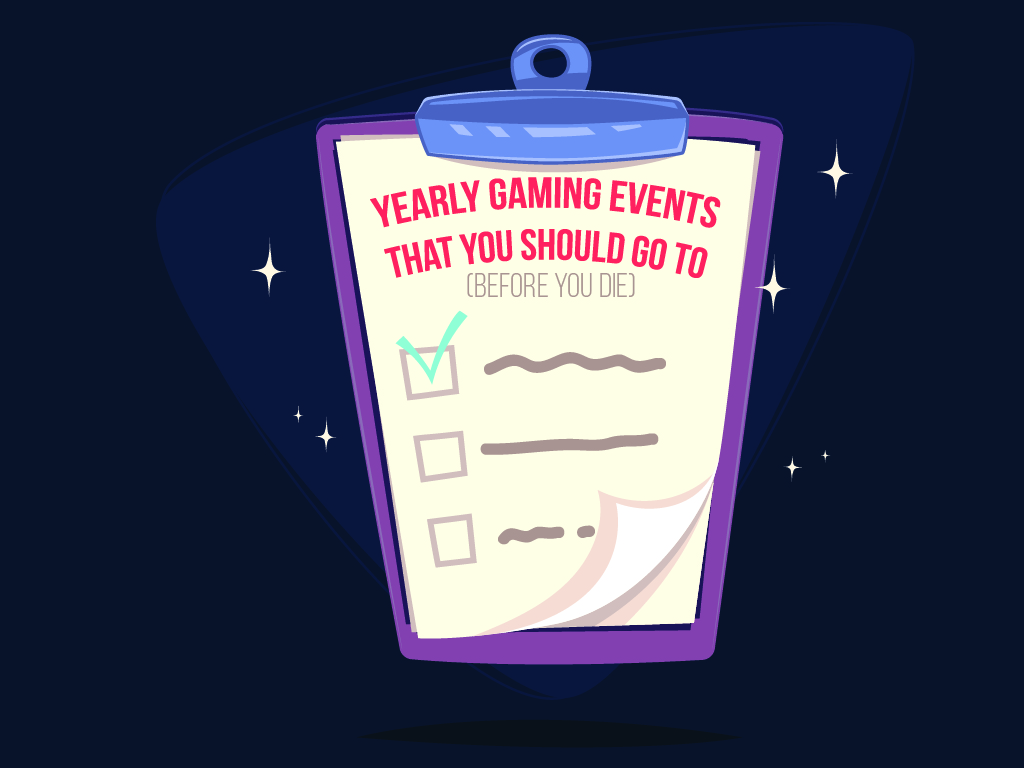 Yearly Gaming Events You Should Go To (Before You Die)

The video game industry has been around since the middle of the 20th century, and is one of the fastest growing industries in the world right now as evidenced by the many gaming events that are present. Ever since the first arcade machines and home consoles went into the market, video games just improved each passing decade, achieving numerous milestones along the way. Today, video games and video game systems are some of the most widely sold items across the world, and video game companies generate millions to billions of dollars’ worth of revenue. 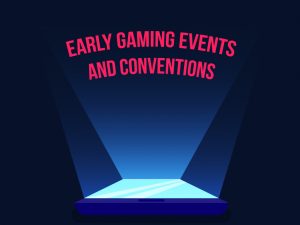 Before gaming events became the huge events that they are now, they all started out as small events that were only attended by a few hundred people. The earliest known gaming events were less about video games and more about traditional games, such as tabletop and board games, role-playing, and trading card games.

These events were not like the huge spectacles that we are currently used to, as the community was not as massive, and early gaming companies did not have the budget to hold out events at bigger venues. After the first commercial arcade machines and video game systems were released to the public, video game events slowly became larger and better over the next few years.

One of the first well-known events that featured video games was the Consumer Electronics Show (CES), which was first held in 1967 in Las Vegas, Nevada. This is a private event that features some of the newest electronics and technology, which includes devices like computers, video devices, audio devices, and even new video games and gaming systems.

Eventually, as these gaming events grew bigger, video game companies saw these events as the best stage to announce their latest projects, which include new video games and gaming systems. By the 1980s, various entertainment and technology conventions began to appear. These events include the Game Developers Conference, DragonCon, and the European Computer Trade Show.

The 1990s saw these gaming events turn into places in which some of the most historical announcements were made. More gaming conventions and other events began to be established, and this decade saw the first competitive gaming events as well, with the earliest forms of online games being organized into tournaments in which the best gamers gain a substantial profit. This concept would eventually give birth to what we know today as esports.

By the 2000s, gaming events are some of the most expensive and important events, with more people are attending and with more companies are joining. Some of these events gave people their first look on the latest pieces of video game technology, along with some monumental announcements that have taken the gaming community by storm.

Today, there are numerous gaming events across the world, with some of them being competitive events that have the best esports players, while the others are large gaming conventions that video game companies use as a promotional platform and an opportunity to interact with the gaming community. With this in mind, here are some of the largest yearly gaming events that you should go to at least once.

Perhaps the most popular gaming event in the world, the Electronic Entertainment Expo has been the stage of some of the biggest gaming announcements during the past twenty years. Some of these announcements include new video game consoles – like Sony’s massively popular Playstation Systems and Microsoft’s Xbox – and video games – like the announcement of The Legend of Zelda: Twilight Princess.

The first E3 was done in May 11-13, 1995 in Los Angeles, California, and has been the main location of the event in all but two occasions. The event has seen high attendance numbers, especially during the most recent edition, which was the first time the event was opened to the public. It managed to last for three days.

E3 2017 saw around 68,400 people attend, being able to see announcements from the likes of Sony, Nintendo, Microsoft, Ubisoft, Electronic Arts, Bethesda, and Intel. With all of the biggest announcements in gaming happening at E3, it is definitely the place to be for gamers across the world.

The largest gaming event in Europe, Gamescom was first held in Germany in August 2009. Like E3, this is a show in which video game companies make some of their most important announcements, some of which include the announcement of the PS3 Slim by Sony, and Fable 3 by Microsoft in 2010. Other than announcements, gaming tournaments have also been organized, which see some of the best gamers compete for large cash prizes.

While some of these companies make most of their important announcements in E3 earlier in the year, Gamescom is the event in which they are able to give more details about their newest games and systems, and at times, playable demos are also available in the event. In the most recent edition of Gamescom, Germany’s chancellor, Angela Merkel, opened the event, which is one sign that the video game industry is being recognized by some of the world’s biggest governments.

The event has seen thousands of people, including gamers, game developers, and media, attend each year. With the event expected to bring the same number of attendees next year, you’d definitely like to book a pass in Europe’s biggest gaming event.

One of the largest gaming events in the Asian region, the Tokyo Game Show is where the biggest and best video game companies from Japan announce some of their biggest projects and newest releases. First held in 1996, the Tokyo Game Show focuses mostly on the upcoming local releases, like the video games and systems of Sony, Sega, Konami, Nintendo, and Bandai Namco.

Each area of the event has different themes, which is able to exhibit each section in a balanced manner. The General Exhibition area is the largest, and showcases most of the main attractions, some of which include playable video game demos. There are also areas for gaming devices and mobile gaming, along with an area dedicated to some of Asia’s up and coming game developers. With Japan being a country famous for their anime and video games, Tokyo Game Show is definitely the place to go to.

South America’s largest gaming event, the Brasil game show is an event held in the cities of Rio de Janeiro (during 2009-2011) and Sao Paulo (during 2012-2017). The event is organized by businessman Marcelo Tavares, and is one of the fastest growing gaming events in the world, from 4,000 attendees in the first edition, to 301,136 in 2016. With the economic growth of several South American countries, the video game industry has seen an increase in profit in the region.

Due to the jump in attendance in the past few years, some of the largest video game companies have taken part, which include Ubisoft, Sony, Microsoft, Activision, Riot Games, Codemasters, and much more. For a country famously known for their football, Brazil has certainly become a gaming hotbed in South America.

Unlike other big gaming events, the Game Developers Conference is an event that focuses more on the learning, business, and the networking side of the video game industry. The GDC is the largest gathering of professional video game developers, with people from the biggest companies attending the event. The GDC holds events such as tutorials, lectures, discussion panels, and gameplay workshops where game developers share their insights and knowledge to the gaming community. The Experimental Gaming Workshop is very notable, as it was the starting point of some popular video games, such as Portal and Katamari Damacy.

The main event of the GDC is held in San Francisco California, with other GDC events being held in places such as China, Germany, and Canada. If you have an interest with the inner workings of the video game industry and want to learn from the best, then the GDC is the event for you.

Blizzcon became the event in which Blizzard announces some of their newest games, and some of these announcements include Starcraft II, Diablo III, and various World of Warcraft expansions. Other than the showcasing of new projects, some events have also held gaming tournaments, with games like Starcraft II and Hearthstone being the star of the show. Other events include developer’s panels, and even some live musical performances from artists like Ozzy Ozbourne and Tenacious D. As Blizzard continues with their success, expect that Blizzcon will be bigger and better in the next coming years.

Unlike other gaming events, in which it is held in one place over the course of a few days, the Penny Arcade Expo is held in different places around the world. The PAX, as most people would call it, is a gaming festival, which celebrates video games and video game culture as a whole.

Unlike other gaming events, in which video game companies make huge announcements and exhibits, the PAX is more of an event where gamers across the world can simply enjoy and have fun. Some important events include gaming-inspired concerts, tabletop gaming tournaments, gaming exhibits, and even keynote speakers from the industry.

Like other major gaming events, the PAX events have seen attendance numbers grow immensely, from 3,000 people during the very first event, to around 80,000 in the most recent edition. PAX is held in different areas, including the east and west coast of the United States, and even in Australia. If you want an event that celebrates gaming for what it is, then PAX is the event you should visit soon.

Another huge gaming event in Europe, the Eurogamer Expo is held annually in the United Kingdom. The first event had an attendance of 4,000 people, which eventually grew to 80,000, which makes it the largest gaming event in the United Kingdom bar none. The event features various exhibits from video game companies, and even some gaming tournaments for some of the best gamers in the country, which is also the biggest in the area. You can even play some live demos, some of which are games developed by independent developers.

Like the other major gaming events, it has all the important announcements, and even showcases the local video game companies, which definitely help and establish the gaming industry of the United Kingdom. The event has aided in the development of some of the best games of the past decade.

These gaming events prove that not only video games are very profitable, but it also shows that the gaming community is growing bigger each year. With more and more gaming events happening around the world, expect the industry to just keep growing. In the Philippines and Southeast Asia, we at MET would provide you some of the most exciting and biggest gaming events in the country.

MET is an events company, which organizes some of the best gaming events in the region, from gaming tournaments, to gaming festivals and exhibits. We ensure our clients that we would be able to provide the best platform to promote the gaming industry in Southeast Asia.

We at MET make sure that we organize the most successful esports events, while doing so with passion, quality, and dedication. Our services include events and marketing, together with the planning and organization of the whole event. Production and media are also being provided; they will supply a comprehensive coverage and promotion of the said event.

We ensure that these esports gaming events would be of the highest quality to make certain that everyone will have a great experience.

If you have any questions and inquiries with regards to our services, you can contact us by going to this page.