Founded in 2010, the MPGL was conceived in order to prepare Filipino Dota players for the world stage. With its success in doing so, the tournament has been expanded to take a larger role in Southeast Asian esports scene in 2014, resulting in a successful MPGL SEA Championship in 2016.

Now that the competition has gone bigger than ever, the latest chapter of MPGL expands to eleven countries across the region to feature some of its best Dota 2 teams. The MPGL Asian Championship will pit up-and-coming Dota 2 squads from Indonesia, Malaysia, Thailand, Vietnam, Philippines, India, Australia, Cambodia, Singapore, Myanmar, and Laos for the official start of its regular season. 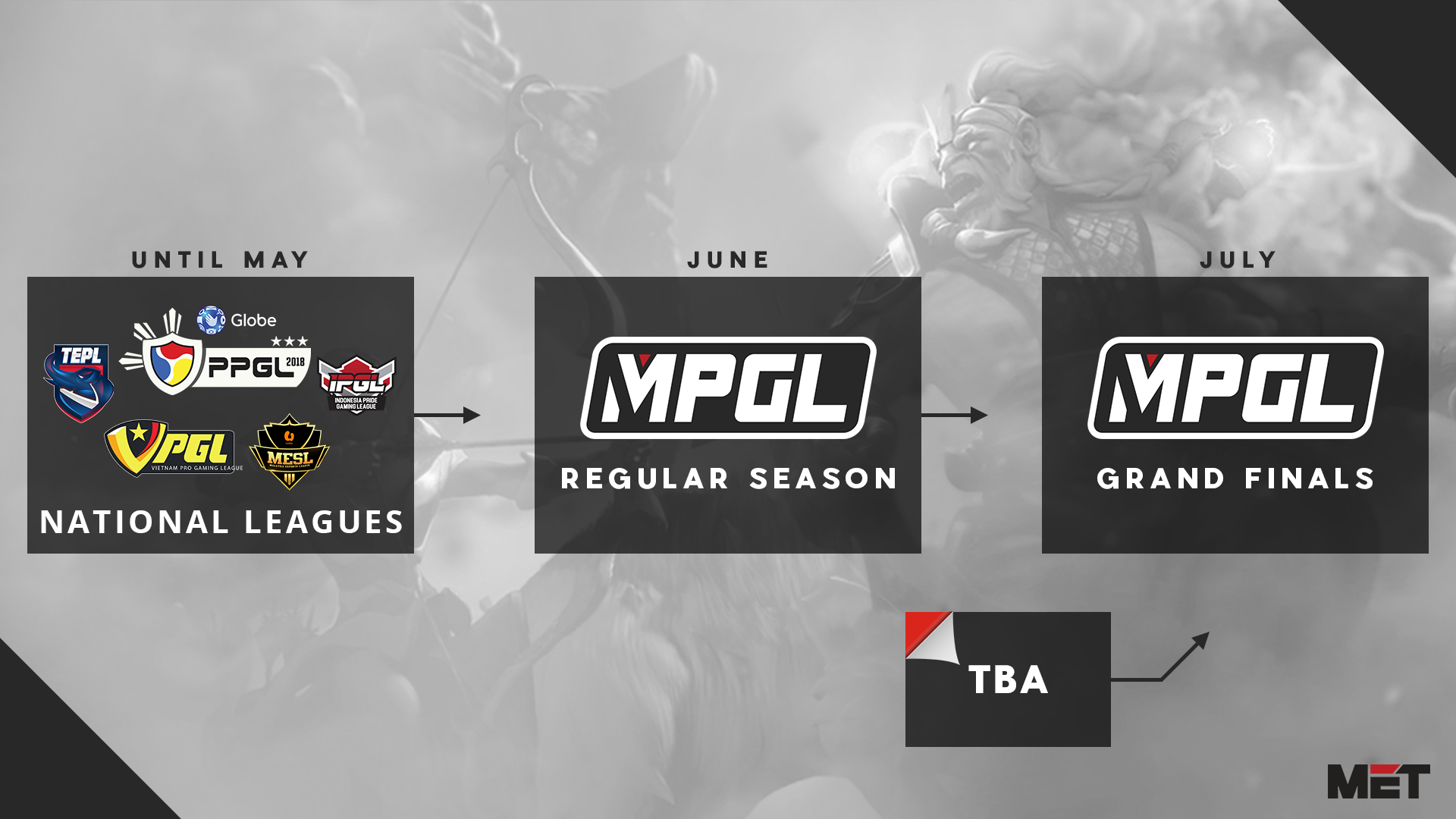 Watch the MPGL Asian Championship regular season live on these streams at 5:30 PM SGT from Monday to Friday: