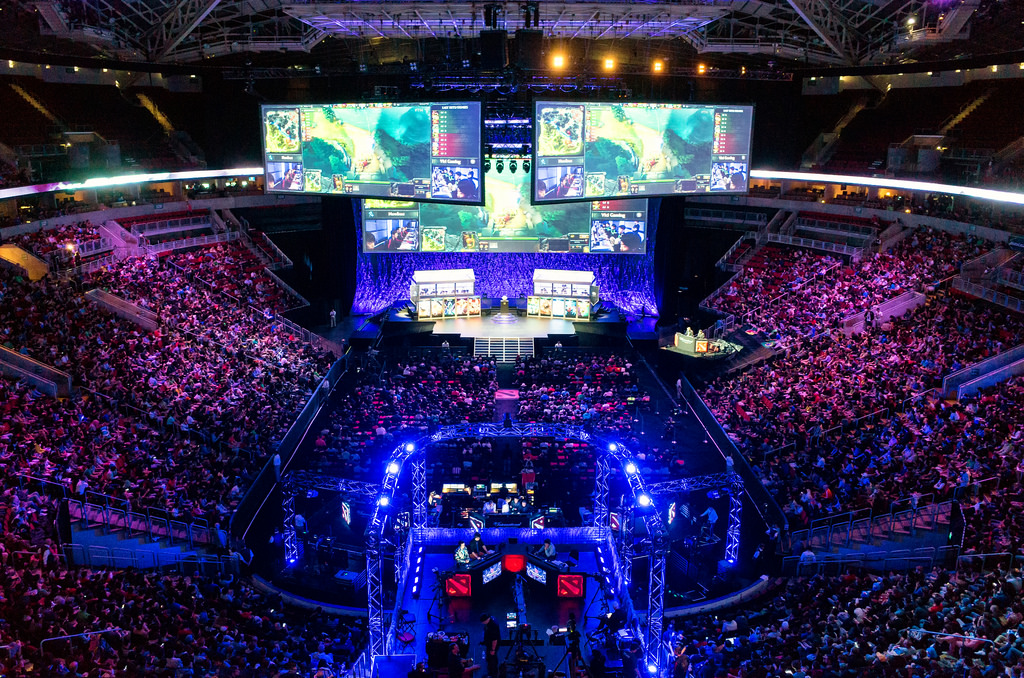 What Made Esports Events Phenomenal?

Have you ever saw esports events becoming a phenomenon during its early beginnings? It was like a sudden surge in the digital world where the youth and adults alike have taken gaming into a whole new level of expertise. It wasn’t just a game anymore; there were teams, spectators, a huge number of live audience, and a game that’s evolving so fast for anyone’s liking. It was definitely hard to keep up with its agility, but here it is: esports. It was an event that dominated the world, hooked people of every walks of life – where even those who aren’t keen on gaming are familiar of. That’s how huge it is!

Though, how did it come this far? What made esports an event so huge that it was even being considered to be a medal event during the 2024 Olympics? Here’s an attempt to unfolding the mystery of the professional videogaming phenomenon. 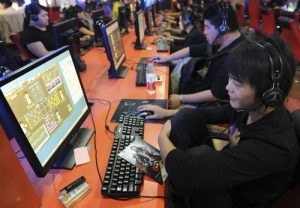 We’ll get this straight to the point: esports is a competitive type of video gaming that is played on by professional gamers. When we say professional gamers, they are gamers by profession – those who mastered their skills, techniques, and strategies as they compete with other gamers. Often, these people are formed in teams depending on the genre of the game.

Moving on with the genre, all esports events may vary according to these four basic types:

More often than not, professional video gaming is sponsored and being broadcasted by corporate businesses and online streaming media, respectively. There’s also a huge base of fans and spectators who consistently and continuously supports the art of this fast-paced gaming.

Is Esports Officially Categorized as a Sport? 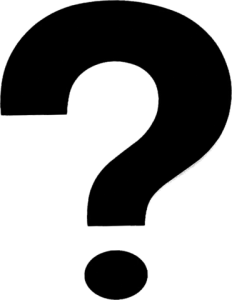 With the rise of esports in mainstream media, there were a few huge people who made it clear that the professional video gaming phenomenon is not a sport. From that point on, esports’s classification in the sports community has become controversial. Others may have pointed their fingers on the fact that esports is becoming increasingly popular worldwide, thus, the consideration it was given for being an official sport. However, it’s not just the popularity that had placed the said gaming phenomenon into the lineup of Olympic games nor for being considered for a spot. It has specific reasons as to why it should be considered as one: careful planning, precise timing, and skillful execution.

It isn’t new for us to see mind games being qualified as a category in international sports events. These include chess, bridge, and checkers among a few more others. This is as per the International Olympic Committee’s recognition of chess and bridge as bona fide sports, and SportAccord – an international sports federation association which included bridge, chess, draughts, Go and xiangqi as sports, however, limiting the said type of mind games in the category.

With all these said, the classification of esports in the international sports category remains unofficial. While we don’t want you to have high hopes for this major achievement of professional video gaming community, The Guardian reports that esports could be a medal event at the 2024 Olympics as what Paris bid team shares. This is along with the recent announcement of esports official addition as a medal sport at the 2022 Asian Games. Perhaps, a celebration could wait?

What are the Underlying Factors that Supports Esports Events’ Growth? 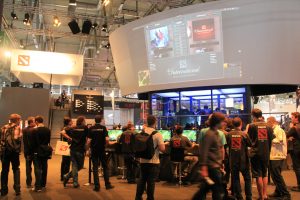 Whatever have made esports arrive at this point, we can say that there’s a team of factors that helped put them in their rightful place today. It was a collaboration that brought esports in the world’s center of attention and opened the gates towards becoming a world-renowned gaming event – esports, that is.

What are these factors, specifically? Here’s a careful analysis of the successful contribution of every other factor that made esports a major gaming phenomenon today.

Esports has a wide coverage of genres and games. As mentioned above, it has real-time strategy (RTS), fighting, first-person shooter (FPS), and multiplayer battle arena (MOBA) as its genres which manifests multiple varieties of games. Among these games are:

Unlike any other ‘sport’, esports can offer computer-competent individuals a choice of game that they could play. It gives everyone a chance to play according to what interests them, and where they would very much excel. More than that, it also allows players to compete with fairly skilled individuals for a good game (GG!). This is exactly how it differs from basketball, volleyball, chess, soccer, or even football – esports has tons of games to offer.

How are these games different from other major sports? The thing about professional video gaming is that, it does not limit itself in a four-cornered court or a broad field. It’s always fast-paced, ever experimenting with tactics in order to kill the opponent, and is continuously being challenging with regards to maps, difficulty, assets, and characters. There’s always something new about these games (therefore, the franchises) that made them relevant to the world. It’s that particular unique attribute that directed people’s interest onto the pro video gaming phenomenon.

For instance, Call of Duty. It’s one of those games in esports that is continuously evolving for the better. Plus, the continuous franchising of the game makes it tough for gamers to master and keep up with strategizing techniques to win each battle. Now, Call of Duty already has announced the official release of its new franchise, Call of Duty WWII, which returns the series to the mid-20th century. So, maybe fans could wait until the 3rd of November 2017?

There’s something you can always look forward to in esports. It’s never too dull.

Another factor that brought esports onto the international scene is the competence and expertise of every team as a whole and player individually. Truth be told that whenever we watch a game; perhaps a league season on NBA, we look up to a team or a specific player who we admire and not the game itself. It’s not just the game that brought us to watching the season, rather it was the personalities we look forward to. The progress they make and how they work to win the battle they’re in. This goes similarly for esports.

Among huge teams in esports include Evil Geniuses, OpTic Gaming, Team SoloMid, Cloud9, Fnatic, Mineski, SK Telecom T1, Team EnVyUs, eRa Eternity, and many others. These names have their own specific expertise that brought their brand persona onto the landscape and be known. For example, Team EnVyUs, focuses mainly on Call of Duty while Cloud9 tend to cover a multiple of games in esports.

However, it can’t be avoided that players may prefer to leave their respective teams – where they are mostly known for. Though these circumstances may appear unfortunate, teams do not necessarily stop there. They continue to find pro players who can complete their lineup and continue their brand’s legacy. Moreover, the team’s personality remains as is despite the major roster changes that could or have occurred such as that of Mineski’s roster change for DoTA 2. It’s like Boston Celtics being Celtics despite Garnett, Pierce, and Rondo leaving the team. Or, that may be a bad example; but you get the idea, right? The teams and the players both have contributed to the growth of esports.

Basically, the Internet is what connects esports to people. However, if you’d ask as of what further exposes esports to the public, that’s tournaments and other esports events hosted and organized by leagues and associations, and sponsored by major corporate companies.

But what is exactly are the roles of these people? Or events?

For an esports tournament to work out, proper funding is direly needed. If we’ll look at the local scene of esports, say in the Philippines. During the early years of esports domination in the country, café shop owners hosted and organized a lot of mini tournaments within their premises, and offered players fair amount as their cash prize. As years go by, these café shops turned into national professional gaming organizations who in turn, provided successful players in each pro videogaming genre to the international esports events or competition.

However, it’s not only about getting abundant prize rewards – rather, a proper and stable source of funding for maintenance of equipment, the stadium, network connection, and other staff who will make sure to produce a quality gaming tournament. This, too, attracts a lot of audience.

Yes, if you haven’t been into any esports tournament, or perhaps watched a live tournament – you should. Why? You’ll see why it has climbed up the ladder of success in its years of existence. Sure, it isn’t as long as basketball’s 126 years, but esports proved, of any genre, that it has a place on Earth. In every heart of its loyal fans.

For the record, the League of Legends World Final tournament which was held in Seoul’s Sangnam stadium, had about 45,000 esports events attendees to watched 16 teams compete for the trophy. However, that’s not everything! It also had about 27 million viewers present online.

Who would’ve thought esports is this big?

If 45,000 isn’t big enough for you, how about 52,000 passionate fans who watched the live gameplay during the Electronic Sports League (ESL) at Frankfurt, Germany?

Esports has moved thousands, and millions even, of people who turned into fans as they watched for highly-skilled people fight against their opponents – and win their battles.

We wouldn’t say that esports has become successful if it was not able to conquer other mediums of coverage, aside from the Internet. Automatically, Internet news organizations and live streaming services that are focused on the industry, such as esports Heaven and Twitch respectively, were the original means of broadcast for pro video gaming events since it’s living in technology. However, upon the popularization of said sport, mainstream sports and news reporting websites like Yahoo! and ESPN started to get scoops on major esports events!

Of course, while television coverage is not exactly part of the plan, a number of television broadcasts covered local to international esports events in the recent years. In fact, Activision Blizzard, a huge esports publisher, said in an interview with The New York Times that the company’s acquisition of Major League Gaming, was in the hopes of making a U.S. cable network solely focused on esports. It aspires to get higher quality productions to extend esports’ appeal to advertisers.

Success wouldn’t be considered success if there’s no effort exerted, nor challenges that were encountered during the process. esports’ journey towards the fame that it has earned globally was all thanks to these 5 factors that unified and became its driving force towards growth. As of today, esports is still thriving in the digital world – and with its alignment for the 2022 Asian Games and 2024 Olympics, perhaps we’d see more of its progress?

How to Bring an Esports Event to Your Locality? 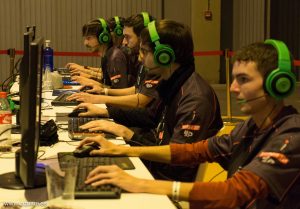 If you’re a loyal spectator of esports and are planning of holding your very own esports event – look no further, MET is here to bring esports to life!

With our years of experience in esports, we have created a team to help our fellow esports personalities and spectators alike hold their own tournaments minus the hassle. Among our successful esports events include Pinoy Gaming Festival,  Mineski Pro Gaming League, CrossFire Stars Invitational and The Manila Masters . Feel free to visit us for visuals.

Furthermore, we also provide studio rentals, full production, event marketing and media coverage, and professional streaming services for a higher quality production. Not only will you get to hold a seamless esports event, but also have the opportunity to reach a wider base of audience.

If you’re interested of our service, fill out this form and we’ll talk about turning your dream esports event into the pro gaming event of the year!