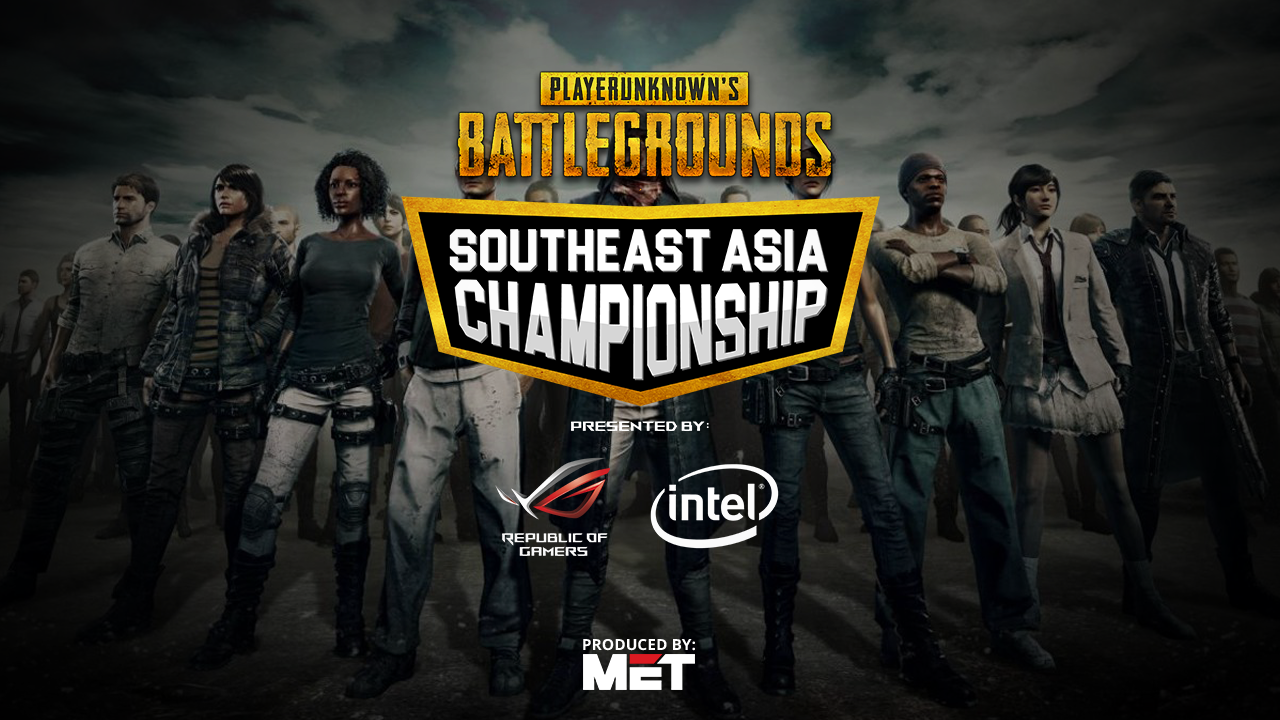 Get your squad ready for the drop of a lifetime.

The PUBG Southeast Asia Championship presented by ROG is now under way! Aspiring 4-man PUBG squads from Thailand, Vietnam, Indonesia, Philippines, Malaysia, and Singapore, are all invited to try their luck and test their mettle against the  rest of the competition in the latest SEA-based esports tournament produced by the MET. The tournament will run concurrently across five different venues with the six nationalities.

The five qualifiers will run from April 28, 2018 to June 10, 2018 before moving onto the National Finals for each qualifier. Only the best teams from each National Finals will move on to the all-important Regional Finals on June 23-24, 2018 at Thailand where only one team wil be crowned the PUBG Southeast Asia Champions.

The road to become the best PUBG squad doesn’t end at Thailand, as the Thailand National winner and the overall PUBG Southeast Asia Champions will move on to represent Southeast Asia in the PUBG Global Invitational (PGI 2018), which will be held in Berlin, Germany in July 2018.